10 AMAZING AFRICAN MUSIC FESTIVALS YOU SHOULD NOT MISS

Have you ever wondered what Festival to go to when in Africa?

Many African cultures hold traditional festivals in a bid to keep their art and traditions alive. In the 21stÂ century, music festivals across the continent have built on that tradition and have become premier cultural and tourist events throughout the region.

This celebration of local culture takes place in the village of Busua in Ghanaâ€™s Western Region, renown for its beautiful beaches. The festival features a Jungle Party and activities ranging from treks and beach parties, to yoga and cinema. Dubbed the â€œParty with a Purpose,â€ Asa Baakoâ€™s operations revolve around celebrating local African art, conservation, and social inclusion.

The Lake of Stars Music + Arts Project is not only run along the shores of Lake Malawi, but also holds events around Europe. The festival aims to introduce local Malawian artists to a global audience and encourage cultural tourism to the country. International headliners have included Kâ€™Naan, Uhuru, and Toya Delazy. 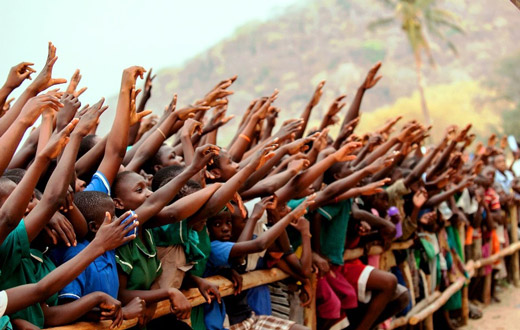 This three-day music and arts festival invites revelers to â€œBring Your Fire.â€ It features theatre, music, poetry, art exhibitions, and workshops. Family entertainment, puppetry, and storytelling make this event kid friendly, so the whole family can join in the fun. This yearâ€™s impressive line-up includes South Africaâ€™s Mafikizolo, Estere (New Zealand), Cold Specks (Canada), as well as other others stars from around the world.

The Harare International Festival of the Arts (HIFA) is a six day festival and workshop that aims at showcasing the best in art, music, poetry, circus, fashion, street performances, theatre, and dance. The event also attempts to unify disparate ideological groups in Zimbabwe. Past performances have included M.anifest (Ghana), Pan (Zimbabwe), and Zal Sissokho (Canada/ Senegal).

First launched in 1988, the Essaouira Gnaoua World Music Festival is celebrating its eighteen year anniversary, by hosting musical performances from Gnaoua artists, as well as acts from Morocco, Guadalupe, France, and Denmark. The best part? Entry to the festival is free! The festival will also host an Annual Forum on the role of women in entrepreneurship and innovation, and their role in socio-economic development in African countries.

The festival has several events including a free concert, photo exhibition, gala dinner, and a golf day. Â Past events have featured impressive musical line-up such as SWV, Angie Stone, Mafikizolo among other acts from around Africa and the world, a fact which leaves little doubt as to why this festival has been repeatedly ranked as one of the best in the world (Worldâ€™s Best Festivals, Fest300 2016).

The three day carnival at gorgeous Victoria Falls is undoubtedly one of the best ways to usher in the New Year. This family-friendly event has, in the past, included a Steam Train and Secret Bush Party, several parties around town, and culminates in an epic New Yearâ€™s Party. Acts have included Jason Le Roux, Bhana, and Judgement Yard.

Felabration celebrates the life and influence of Fela Kuti. The festival, which is held a week long event, has previously attracted industry greats such as Hugh Masekela, Asa, Les Nubians, as well as Femi and Seun Kuti, just to name a few. It uses a multi-faceted approach to celebrating African art and culture by hosting symposiums, debates, art exhibitions, and the Fela Street Carnival Parade.

The celebration of art and culture that includes art, burning sculptures, music, and even mutant vehicles, all held in a temporary city in Tankwa. No vendors are allowed, and nothing is on sale. Instead, it runs on a â€˜gift economy,â€™ where people give without expecting anything in return.

Making Hashish in The Moroccan Mountains

Returning to the point of no return

Your insider’s look into the corners of the Earth, created by a global community of Black voyageurs.

You have Successfully Subscribed!

THE WORLD FROM YOUR INBOX